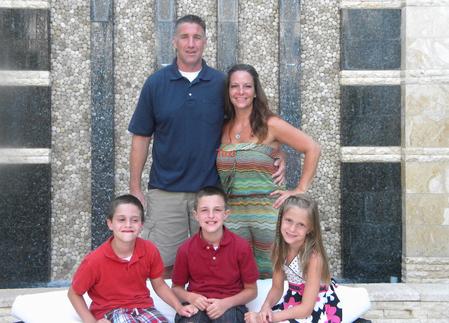 Copyright © American Satellite Uplink LLC. All Rights Reserved. All contents of this site (including artwork, text, photos, other representations of the artworks, materials related to the artworks) are protected by copyright – any use of these materials without the express permission of American Satellite Uplink LLC is a violation of said copyrights.
​

Don and Jessica Collopy started American Satellite Uplink in 2007.  As the company progressed they started doing more and more production work forming what eventually would become ASU Productions. Don started his career in the television industry with CBS Sports in New York City. In 1998, he began working for Fox News Channel as a satellite engineer on their New York satellite truck.  He did extensive travel during his time at Fox News beyond his duties as a truck engineer.  Don has covered some of the biggest news events over the 20 years.

- Plane Crashes including JFK jr.,Egypt Air and American
Flight 587, US airways in the Hudson River

- Overseas travel that included Mogadishu, Somalia ,
Kuwait during the war in 2003 and the Israeli-Lebanon
war in 2006

We wanted to use our many years of  experience to provide a dependable solution for all of your uplink and production needs. We have a team of experienced and talented satellite engineers, photographers and audio technicians who will provide our clients with the professional result they are expecting. We are looking forward to working with you on one of your future projects.  Feel free to call anytime to discuss any of your production or satellite needs.